My name is Kevin and i've been playing Eternal since the Beta and competitive Magic:The Gathering for around 20 years. I've cracked to top 100s in constructed and draft at various points and am excited to bring you all some new content. I hope you enjoy my content and I welcome any constructive criticism.

One of the fun things about being an online card game is that the creators of Eternal get to switch up card balance when necessary. Today is such a day and I'll be going over the cards and the impact the changes have for both constructed and limited. For the full list of card changes along with Dire Wolf Digital's commentary, click here.

Teacher has been one of the most played, feared, and complained about cards in The Fall of Argenport and I don’t believe that this nerf will change that. In general the play pattern of a turn 2 Teacher needing to be answered right away isn’t going to change much. The difference between 2 and 3 is quite large in general, but a successful Teacher hit will lead to wins most of the time since the effect is still quite oppressive. The change does allow Vision of Austerity to be played on curve out of markets. In addition, paying an extra 4 power after a Dark Return is much more possible than 6, since the effect does stack. I like this change because it make Teacher less good without disturbing practically any of the archetypes it’s in as it is still more than good enough to play.

This is a mostly constructed change. Most people will take it high in limited anyway because it’s a mythic that’s good in constructed. I think the nerf is much more of a big deal in limited as games go longer more often and there aren’t as many card draw spells. This just means that you’re more likely to be able to cast all the cards that cost more due to the weights.

The displacer has been a role player in a number of decks but most recently has been making waves out of Praxis Tokens. The nerf into a 5 power 3/3 has pretty much removed the displacer from the constructed scene. When you’re competing with things like Cirso, the Great Glutton, Arcanum Monitor, and Worldbearer Behemoth it’s just a lot harder to break through.

On the limited side, Praxis Displacer is still okay, not a card I’d love to play but still a good answer to some the aggressive weapon decks. Before I’d play it in pretty much any Time deck I drafted, but now it probably will make my deck about 60-70% of the time. It will make the cut in an average deck but not a good one. 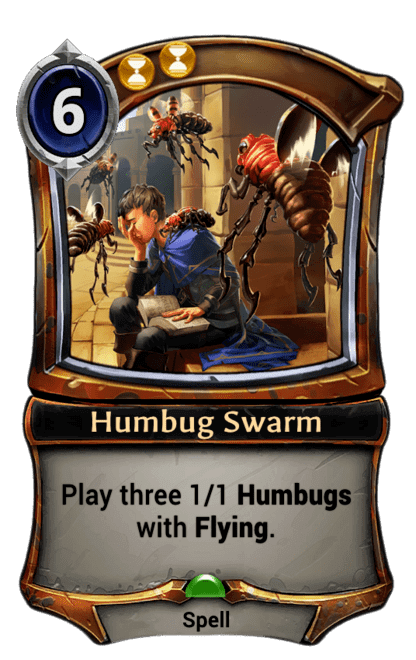 Much like Praxis Displacer, this nerf will push the card out of constructed entirely. Praxis Tokens will still be a deck since not all of them even ran Humbug Swarm or Praxis Displacer, but it will likely be a more homogenous list going forward.

In limited I would compare this nerf to the one made to Valkyrie Arcanist. Going from first pick to role player is a downgrade for sure but it is still worth playing if you get it. I just wouldn’t be in a hurry to pick it up. 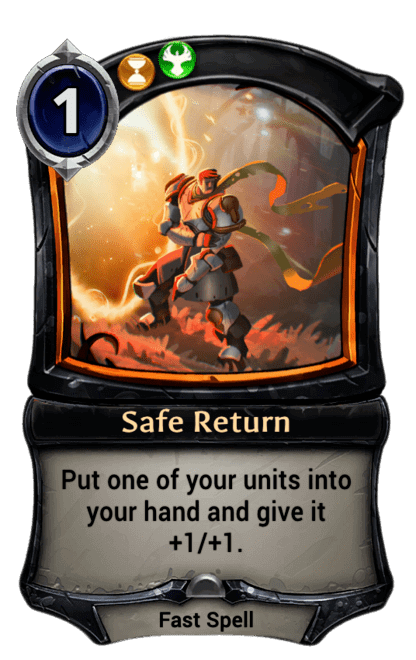 I think there are two things that contributed to this change. First is Alessi, Combrei Archmage. Alessi has been crucial to several “spells matter” decks recently including a Combrei build. With Alessi naturally being good against aggro the designers were nervous with so many cards able to rescue Alessi from removal out of midrange and control decks. This also speaks to their preference of keeping protection spells to 2 power instead of 1 as we saw way back with Protect, a card that will once again overshadow Safe Return. Alessi will still see play but I don’t have such high hopes for Safe Return. Stand Together is still the gold standard in fast protection spells and we might see Alessi decks start branching out into other factions once more for cards like Dark Return or Unseal.

Safe Return doesn’t change much for limited. I didn’t play it that often unless I had reasons to such as killer, and the extra power, while making safe return worse, won’t really change the decisions to play it, since that was already contingent on the rest of your deck. 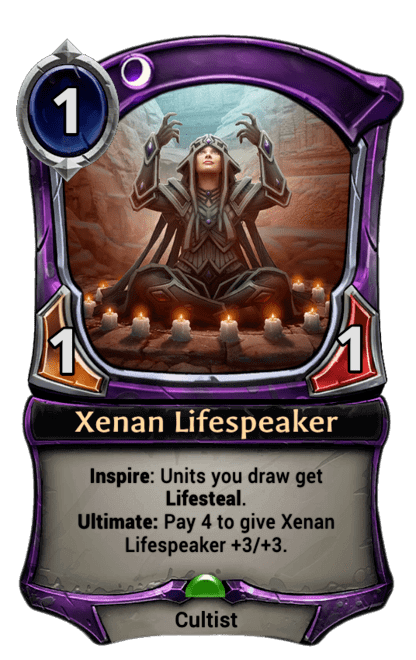 Xenan Lifespeaker was a card I loved in limited and now it gets even better. Having this on turn 1 mean you basically can’t lose a race. In addition, any card that is good on turn 1 and good on turn 5 is a rare thing indeed and becoming a 4/4 instead of a 4/2 mean we’ll see a lot more brawling in combat. I now consider Xenan Lifespeaker a limited bomb and will be picking it first many times.

The buff also might push the little guy into constructed playability but I don’t have high hopes. I see this as a roleplayer at best if the Lifeforce deck ever gets off the ground but an extra 2 toughness isn’t going to make a deck viable.


Zuberi was already seeing play on the fringes and this change will catapult it into the ranks of contender. A 4/5 is already a LOT better than a 3/5 and with one of the abilities triggering off power as well this is sort of a double buff. It might have trouble competing with the likes of Bandit Queen and Vicious Highwayman out of Stonescar Aggro but it will slot right into other aggressive fire strategies and maybe some midrange ones too.

Zuberi was a bomb in limited before and it’s better now. Take it early and often and you will likely win when you draw it.

The crow was a card that came in with a lot of constructed hype but hasn’t quite seen the big stage yet. Going from 1 to 2 toughness is one of the biggest leaps you can get in toughness. It now survives Vara's Favor and Snowballs. It can now block grenadin and attack through Icaria, Valkyrie Captain. I think that the crow will start being seen as a legitimate build around card. Time will tell if such a deck has any staying power.

Much of the same points from constructed apply to limited. There’s even more 1 damage spells running around the limited arena. Notably Hotblood Berserker and Illumination Wisp don’t deal with the crow anymore which is a big change. I would pick the crow highly as card advantage of any kind in limited is good and if you get even one “good” spell out of the crow it is a big win.