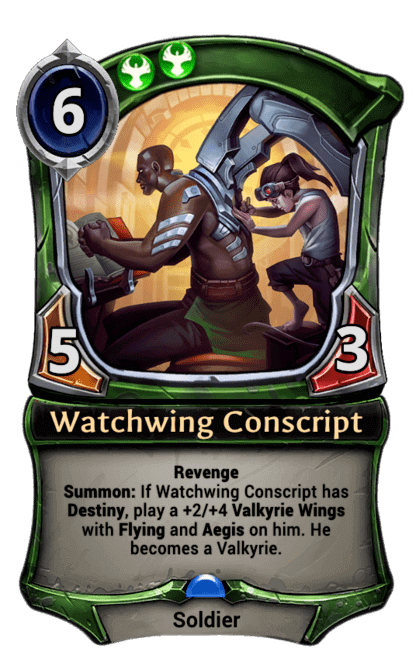 Revenge
Summon: If Watchwing Conscript has Destiny, play a +2/+4 Valkyrie Wings with Flying and Aegis on him. He is now a Valkyrie.

Aegis - Aegis protects a unit or player from one enemy spell or effect. It doesn't block friendly effects, nor does it stop battle damage from Killer attacks, Relic Weapons, or normal attack and blocking.
Destiny - When you draw a card with Destiny, you play it immediately for free and draw another card.
Flying - Flying units can only be blocked by other flying units, but can block ground units normally. They can also be directly attacked by Killer units and Relic Weapons.
Summon - Does something when played
Revenge - When a card with Revenge dies, it permanently loses Revenge and gains Destiny and then it is put randomly into the top ten cards of its owner's deck. 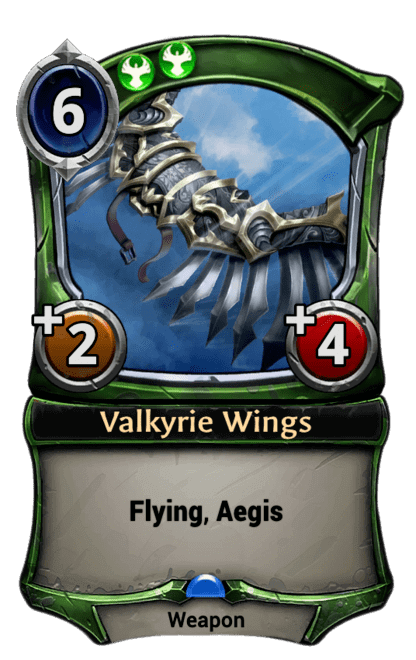