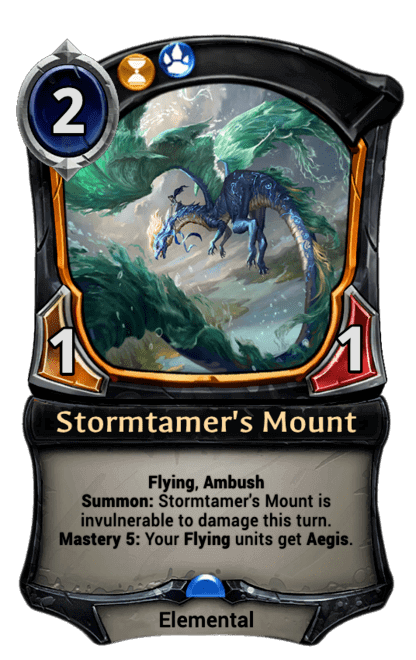 Aegis - Aegis protects a unit or player from one enemy spell or effect. It doesn't block friendly effects, nor does it stop battle damage from Killer attacks, Relic Weapons, or normal attack and blocking.
Ambush - An ambush unit can be played at the end of the enemy player's turn, or any time they are attacking you. If you played against a Killer or Relic Weapon attack, an Ambush unit will jump in the way to block that attack.
Flying - Flying units can only be blocked by other flying units, but can block ground units normally. They can also be directly attacked by Killer units and Relic Weapons.
Summon - Does something when played
Mastery - All damage dealt by units with Mastery count towards its Mastery ability. When its Mastery number is met, it uses its Mastery ability.