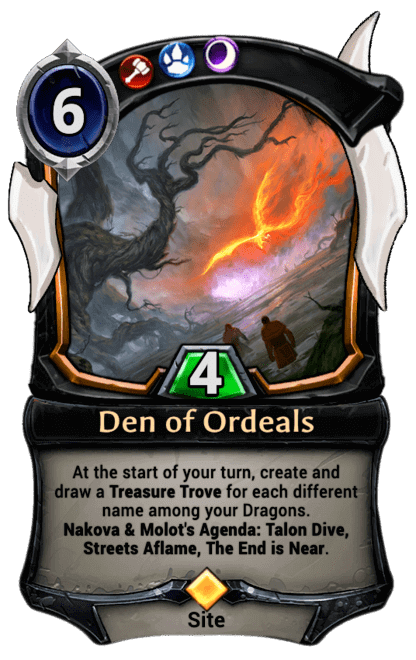 Flying, Aegis, Berserk
Summon: Deal 4 damage to each enemy. This can't be stopped by Aegis.
Enemies killed this turn get Voidbound.
Card sounds may differ from in-game as they get updated.
Advertisement
Aegis - Aegis protects a unit or player from one enemy spell or effect. It doesn't block friendly effects, nor does it stop battle damage from Killer attacks, Relic Weapons, or normal attack and blocking.
Flying - Flying units can only be blocked by other flying units, but can block ground units normally. They can also be directly attacked by Killer units and Relic Weapons.
Summon - Does something when played
Voidbound - Cards with Voidbound cannot leave the void.
Berserk - Units with Berserk can make a special double attack one time: If it survives the first round of battle, it will attack again. This can only be used once, and gives the unit Reckless.