Bottom of D3 to Masters in 4 hours, get on it while it works 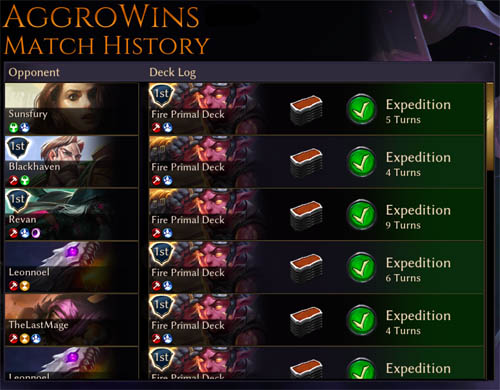 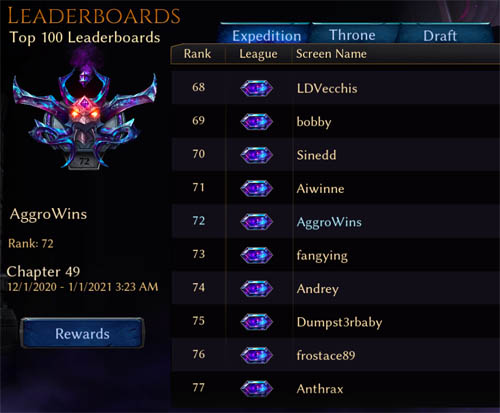 1) I have removed Junk Obstructor from the deck entirely. All of the other 1/1s have an Entomb ability, which is really important for a deck that regularly sacrifices its own units (and you can't run Grenadin Drone or Assembly Line. Instead, I went up to 4 Ticking Grenadin and added 2 more Metallic Razorbeak. The Razorbeak is really important because it is your only flying unit and in my experience is your best bet of beating mandrakes, since it can soar over the mandrakes and gives flying and Berserk to another unit when it dies.
2) I went for a 3/3 split between Cyberhound and Grubbot. I'm not 100% sure which one is better yet, but I do know that you can get an insane amount of Treasure Troves with Grubbot, which really can give the resources to keep going.
3) I don't agree with going down to just 2 copies of Tesseract's Technique. That card has been amazing in my experience - either to pump a Grenadin, or to negate a spell (negating Blazing Salvo, in particular, during the mirror match is amazing because it denies them market acess). Also gives you some (small) hope again the Overloader combo deck.

Overall, a really well thought-out deck!
AggroWins 2020-12-18 Edited 2020-12-18 Eternal Version: 20.12.17
Hey thank you. Yeah Junk Obstructor could be considered a weak link, but I think turn 1 Plunder is very powerful, if this deck doesn't have a smooth power start the game might as well be over, the Beserk is also relevant with all the stat buffs. I had a build where I cut down the 1 drops to run a higher curve, and I noticed it just wasn't fast enough without the swarm, so I ran all the 1 drops (since turn 2 and 3 have grenadin stat buffs). I was running 4x Razorbeaks, then I went down to 2x, sometimes it feels slow, I was hitting a lot of other fliers and the 1/1 body was doing nothing (was way better against control). Grubbot is insane value unchecked no doubt, I actually go back and forth between cutting him, his stats are garbage at 3 power and I always play Mask Maker first anyway. Tesseract's Technique is a judgement call I think, I had way too many games where 2x were in my hand doing nothing, not a ton of fast spells being played, I never want to waste it on a random unit pull, and all of the grenadin are so anemic on stats, adding +2+2 doesn't take out a whole lot from my experience, 3x copies might be the right call. I wish there was a way to fit Scythe Slash maindeck, because that is a way more relevant card, I did try running it maindeck, but it didn't seem ideal. Maybe putting Vicious Overgrowth in the Market is the right play. Overall, I think they made these new grenadins way too understatted and weak compared to all the OP synergy mandrakes got and regen units in general, it's just impossible to run over those decks no matter how fast you start (also no charge units hurt Skycrag). I would love to find a more lethal build of this deck because I really enjoy the synergy it does have. Let me know if you find something exceptional in your games.
leejtr 2020-12-17 Eternal Version: 20.12.15
Yo dude !!! Nice to see you still ontop of things. I'm back, u need to help me with a list sometime. Chat you in-game
AggroWins 2020-12-17 Eternal Version: 20.12.15
Yooooo! I knew you'd make a return eventually, no problem on that
Euler007 2020-12-17 Eternal Version: 20.12.15
It's fun and smart but might as well scoop if you see a mandrake, and several other decks in the meta.
AggroWins 2020-12-17 Edited 2020-12-17 Eternal Version: 20.12.15
sad but true, as is the case with any exp tribal that's not mandrake in my games, lazy pushed design space by DWD imo
Shoriu 2020-12-16 Eternal Version: 20.12.15
Thank you for the deck and for the master rank ^^
It's surprisingly fun to play for a rush, it's not an auto pilot and it's quite fast and reliable with lots of synergies.
Love it !
AggroWins 2020-12-16 Edited 2020-12-16 Eternal Version: 20.12.15
Thank you! I think the grenadin synergy is too good to ignore, I'm glad to hear the build is sucessful for you