i took following cards out from original or other stonescar aggro list:
Blackhall Warleader - i played it at the beginning, but it always gets removed pretty fast, so i cut him out and play other two drops that i am not so concerned if they would die next turn. :)
Touch of Force - i never tried to play this card, i think it is pretty bad if they remove your unit in response to this spell, i don't like card that gives you card disadvantage or a tempo loss.
Vara, Vengeance-Seeker - i find her too slow and aegis units are not as often played as in the hooru times in the past. i also like the utility from Yushkov, the Usurper to remove potential blocker pretty good.
Suffocate - sometimes i topdeck ed a Suffocate instead of a hard removal when my opponent had higher power units.
Torch - it is just a one for one and not a fast spell, i prefer the Ruinous Burst fast spell since it is able to make a two for one trade.
Annihilate - i play one market sometimes i faced enemys with a lot of multifaction units and i was stranded with two annihilate in hand that were doing nothing
Edict of Shavka - i find it too situational and there were not soo many J/P decks in comparison to F/T/S during my ladder climb.
Pyre Elemental - i always was light on mana and pretty often i didn't wanted to play 4/3 elemental that later gets blocked by enemy 3/5 cats. i pretty often wanted to play another removal or at best a Milos, Rebel Bomber.


maindeck card choices:
Ruinous Burst - during my masters climb i got paired against various iterations of strangers and corrupted decks. so killing a Kazuo, Melee Virtuoso and a Furyblade; or two Shen-Ra, Unbreakable s; or a Ruthless Stranger and a Covetous Strager or Kato, Arena Herald and Kindling Carver was very statisfying, unfortunately i wasn't able to see opponent face he just got destroyed by a crappy common card. :)
Rakano Outlaw - it warcrys and has quickdraw, seems at first pretty week, but i wanted to have 12 two power units, so that i constantly able to play a unit on turn two, if the opponent wastes his Blazing Salvo or Sear on my Rakano Outlaw, i am happy with so my next turn Argenport Instigator; Ripknife Assassin; Crooked Alleyguide or Milos, Rebel Bomber have a higher chance to survive next turn.
Ripknife Assassin - it warcrys and has deadly. it is like a unblockable unit for your opponent since it has deadly, at worst you are able to block a big enemy unit or your opponent needs to waste a removal for this two power unit.
Milos, Rebel Bomber - this is the place for stonescar ! he is our Rebel aggro unit that could kill enemy's out of nowhere. also very seldom you hit for extra 5 damage of firebomb that wins you the aggro mirror race. good thing to know if your opponent should have face aegis, firebomb still deals 5 damage himself directly, so it ignores face aegis. if you didn't heared awesome stories how someone died to suprise Milos, Rebel Bomber, you could be the next one. :) You should defenitly get Whispers of the Throne Set 1085, without Milos, Rebel Bomber you are way slower deck.
Yushkov, the Usurper - he is am awesome 4 power unit, does not die to Sear/Torch itself, so your opponent needs to spend two cards to remove him and also sometimes the opponent forgot s what his ability does and shame concedes after. :)


ultra budget choices:
Bandit Queen - unfortunately she is pretty mandatory for this deck, since you able to do 15-17 damage in one turn out of nowhere, you could maybe try Outlands Brute or Censari Dervish but the deck is probably not as fast as this version.


general playhint:
if your enemy got a lifesteal unit out and it is your turn, if you got the decision to shoot down the unit or play yourself a unit, it is always the correct decision to kill the enemy lifesteal unit asap, if you wait and he gains about 4-6 life you will probobly loose the game in the long run.
if your opponent is playing corrupted or sacrifice deck, if he is drawing 2-4 cards for more than three turns, you probably already have lost the game and should gave up the match immedately and queue into the next one, don't need to waste another 15 mins to see him playing solitaire and if he is able finally to get off.
if your opponent is playing time and is on his turn six, try to hold a Desecrate or Annihilate in hand for his upcoming Grodov's Stranger, if he plays the Grodov's Stranger and if he trys to play a Predator's Instinct, kill the Grodov's Stranger in response and you traded two for one and will probably win the match next turn.
Skyscrag Spells is probably the worst matchup since it has soo many burn spells, hailstorm, spells that get burn spells from the void and make it double damage back, Ice Bolt that kills everything from us and they even got Backlash that counters are pointed removal or burn to face so that we are low enough on life to kill us with an Garden of Omens that is also a maindeck answer vs our Phoenix Relic. if you should face that deck during laddering you should save time and immadetly give up if the didn't died on turn 5-7.
2020-04-14: this deck is affected by 2020-04-14 balance changes be careful if you planned to craft this deck now: https://www.direwolfdigital.com/news/4-14-live-balance-update/ 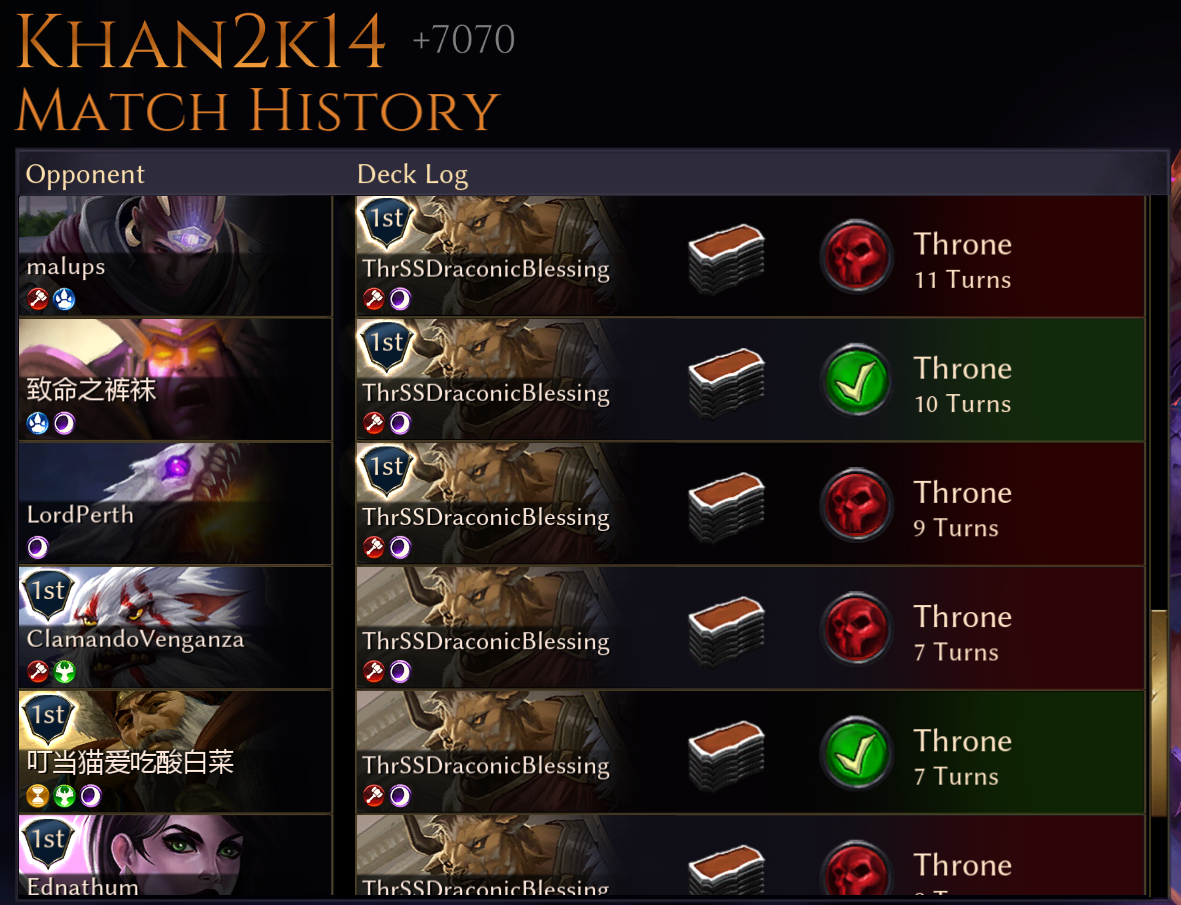 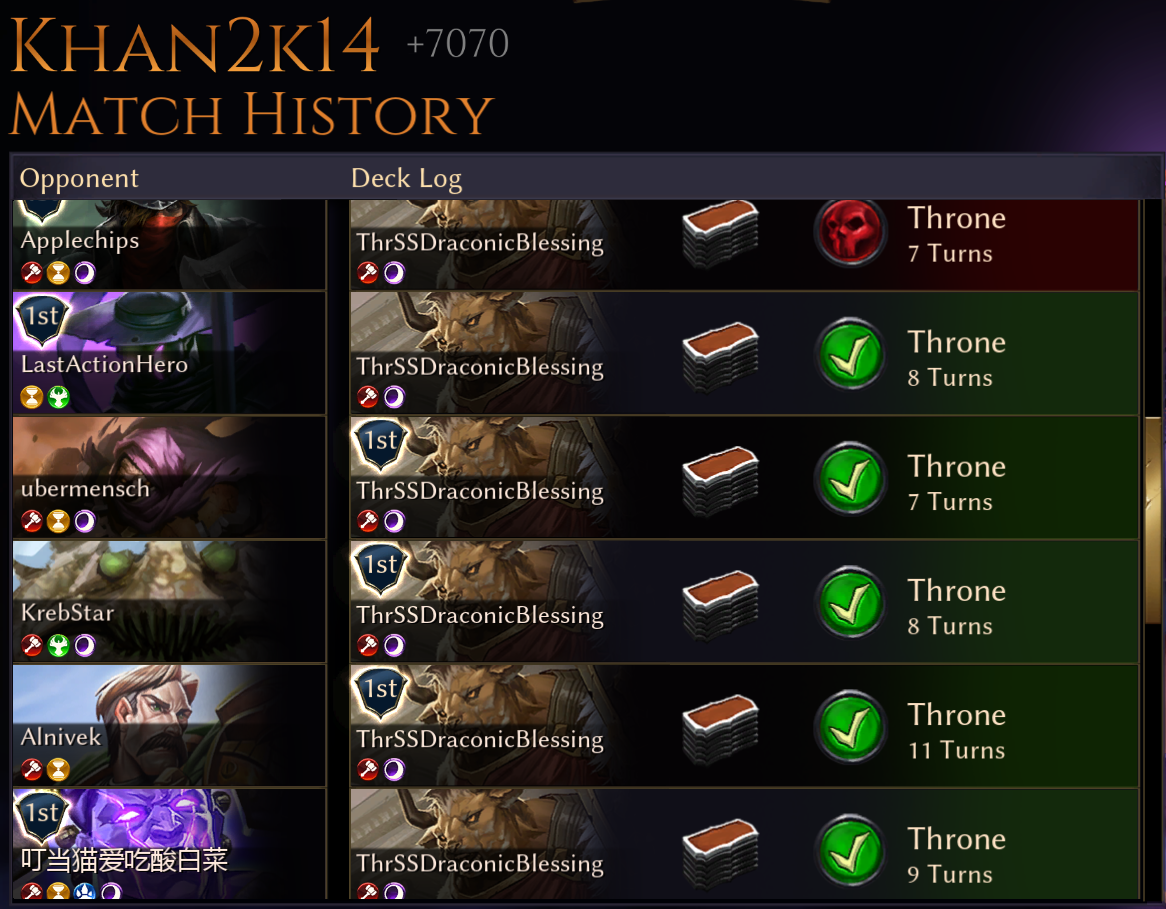 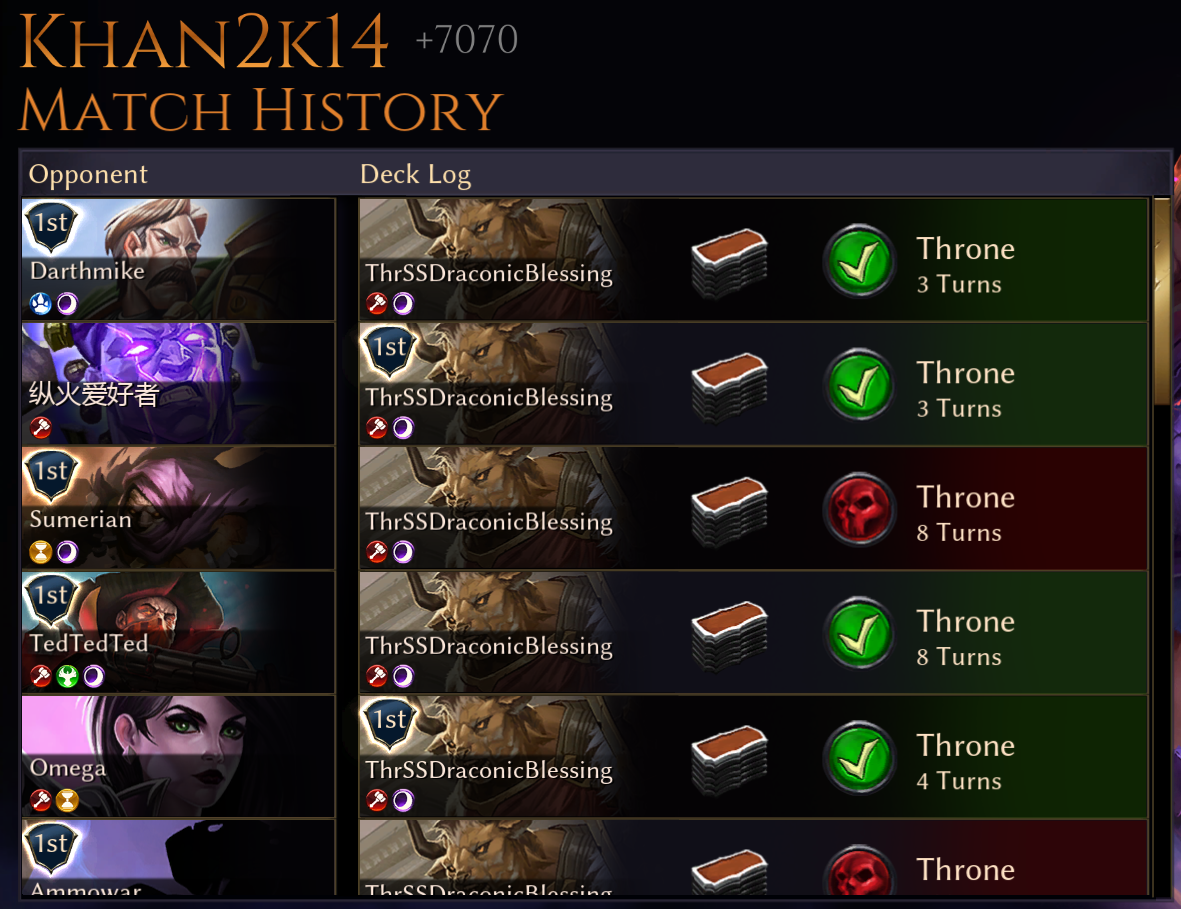 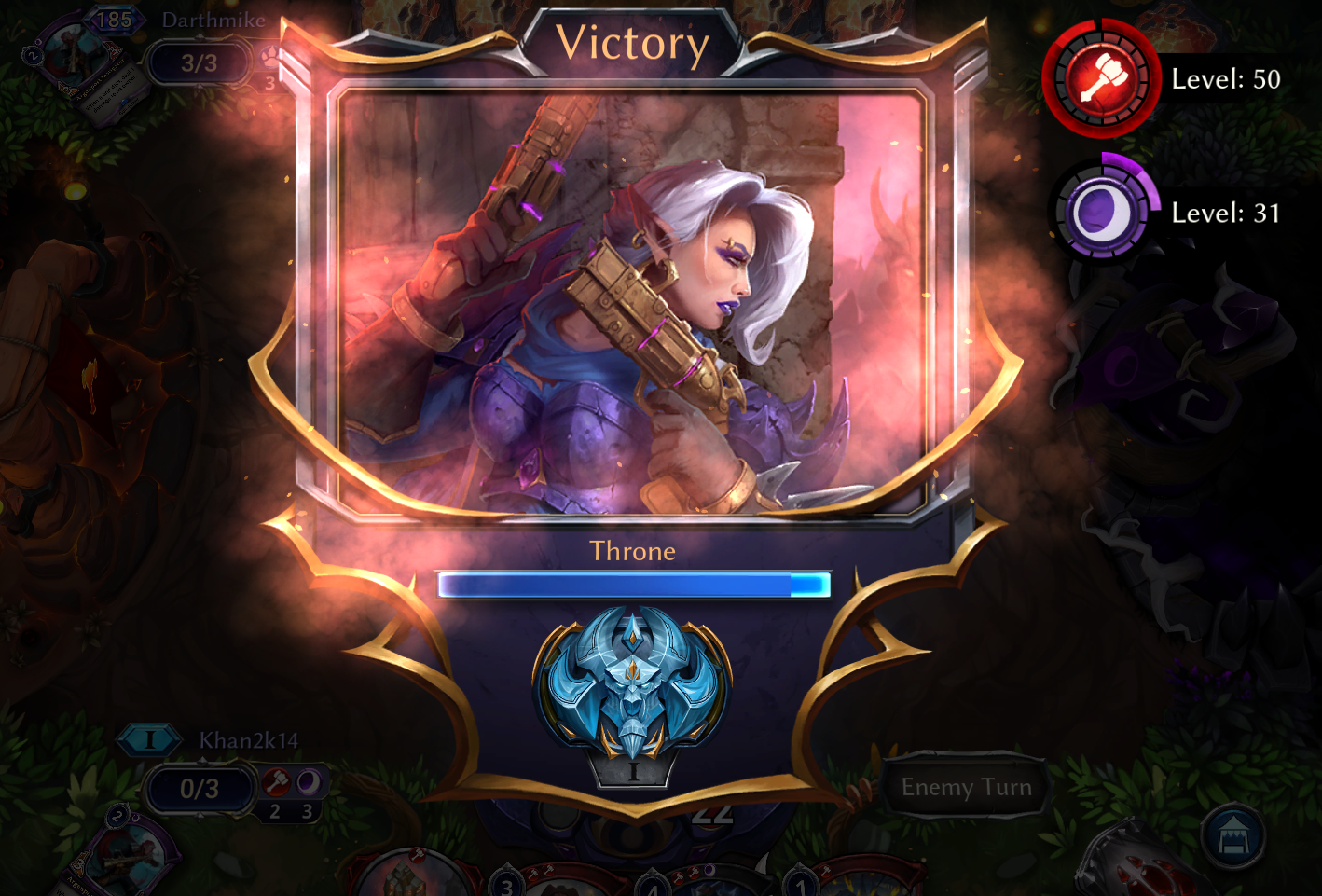