The Oni Way To Play! 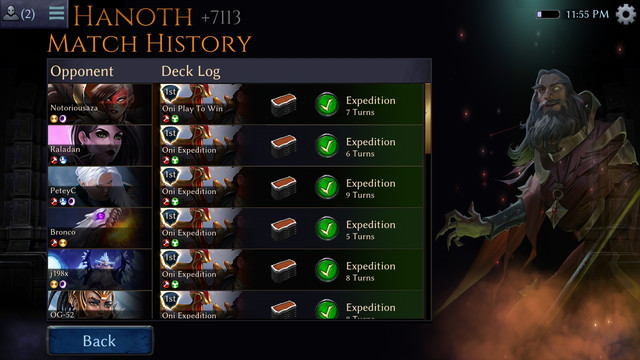 With the changes to the game and the introduction of a ranking within Expedition I have been playing with a few days that are both fast and reliable and as such I would like to introduce you all to The Oni Way To Play.

This deck is very rapid with games often being over before your opponent even begins to get their strategy online.

Like any sensible Oni deck we play with a combination of cheap units and buffs. In fact getting Jishu, the Burning Brush online early can really collapse your opponent but should you lose it then you'll barely be slowed.

We market Cloud of Ash and Kaleb's Sanctum which are strong win conditions as soon as we have enough of a presence. While we prefer the former it is entirely ineffective against endurance decks or people you cannot one hit kill. However in the longer games the sanctum really gains value.

Alternatively our main deck win condition is the combination of Jishu, the Burning Brush, Kyojun, Grand Shugo and Oni Quartermaster which can turn into both a card draw and unit generation engine.

This deck is pretty straightforward to play and can win you a lot of games with a relatively low investment cost.

If you have any thoughts or feedback then please dont hesitate from leaving me a comment below.