Wisdom of the Elders x4 4

Cover From the Storm x4 4

Rakano is still a viable faction, I promise.

Things to mess with: Maindeck Channel the Tempest might be Market in place of Decimation, replace with your choice of any of Evolving Olzial, Strategize/Bottled Insight, Fall to Ruin or just more copies of Flash Fry/Vicious Overgrowth.

The obvious differences between this and the other Feln control lists in expedition is that you don't get a Grafter market. I don't think you lose out on too much, other than potentially earning an extremely free win off of the Vine Grafter -> 5/5 Regen Moldermuck play.

Shorthopper can be both a 4/4 Flyer that removes a threat on play with Icy Gaze/Send a Message, or a 6/4 that draws a card on play with Privilege of Rank, or set up a win by pitching D'Angolo Might/Decimation for Davia later, and I consider all of these options stronger than anything Vine Grafter brings to the table.

The other things this list loses out is replacing Feln Blueprint for Seek Power to manage the 3colour base, and losing Runes/Sketches for the much higher Seat count. I very rarely used Feln Blueprint for anything other than letting Evolving Olzial summon a 4/1 Charger, and as Olzial is not in this list, the loss is minimal. The loss of Rune of Illusion does mean you can't get out of range after stabilizing, but the conditions for it being a game winner were too specific (5 mana floating AND I've already managed to stick a fatty AND it dodged their Perma AND the life swing would be greater than the life loss on the crackback AND I've not already won) for me to miss it too much.

Extremely not fake proof of extremely not clickbait title (Games played from the middle of Diamond 2): 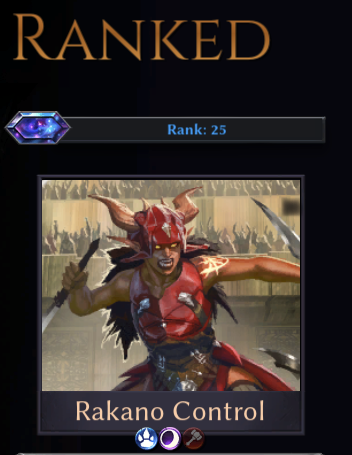 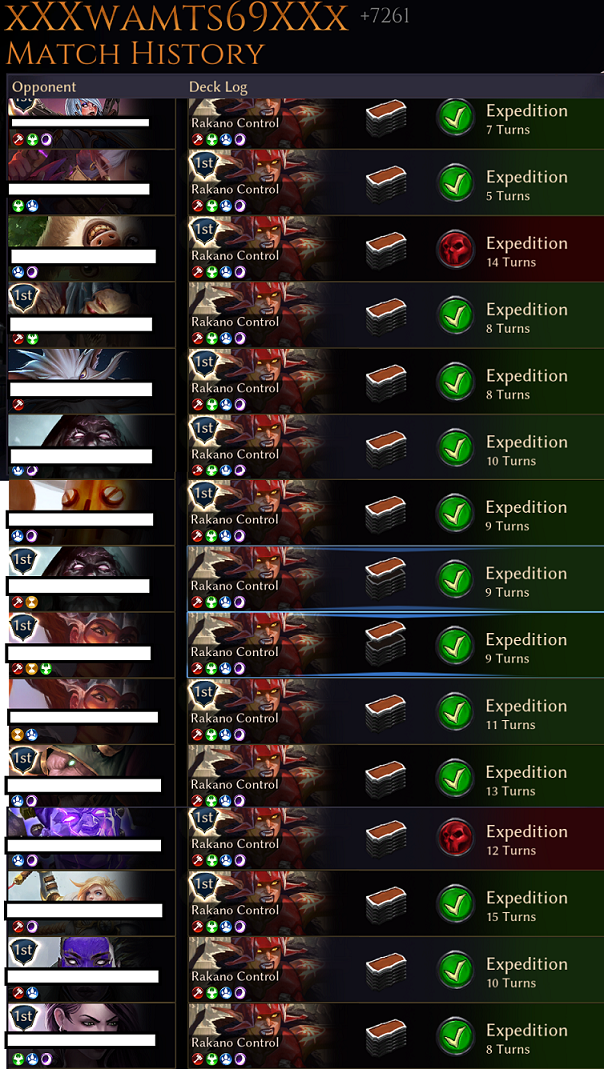 Losses were against decks that played more Davias than I could.