🔪I Demand Death, and soon.🔪

I said I was gonna do a write-up so here are some tips/thoughts:

This deck is based off my old deck Sand in the Machine, which I made master with the season I made it

General strategy is to play grenadin and Combustion Cell, activate it and or play End of the Barrel, then play dumb big units early.

There are numerous ways to T4/5 lethal with this list, some number I have achieved, E.G. 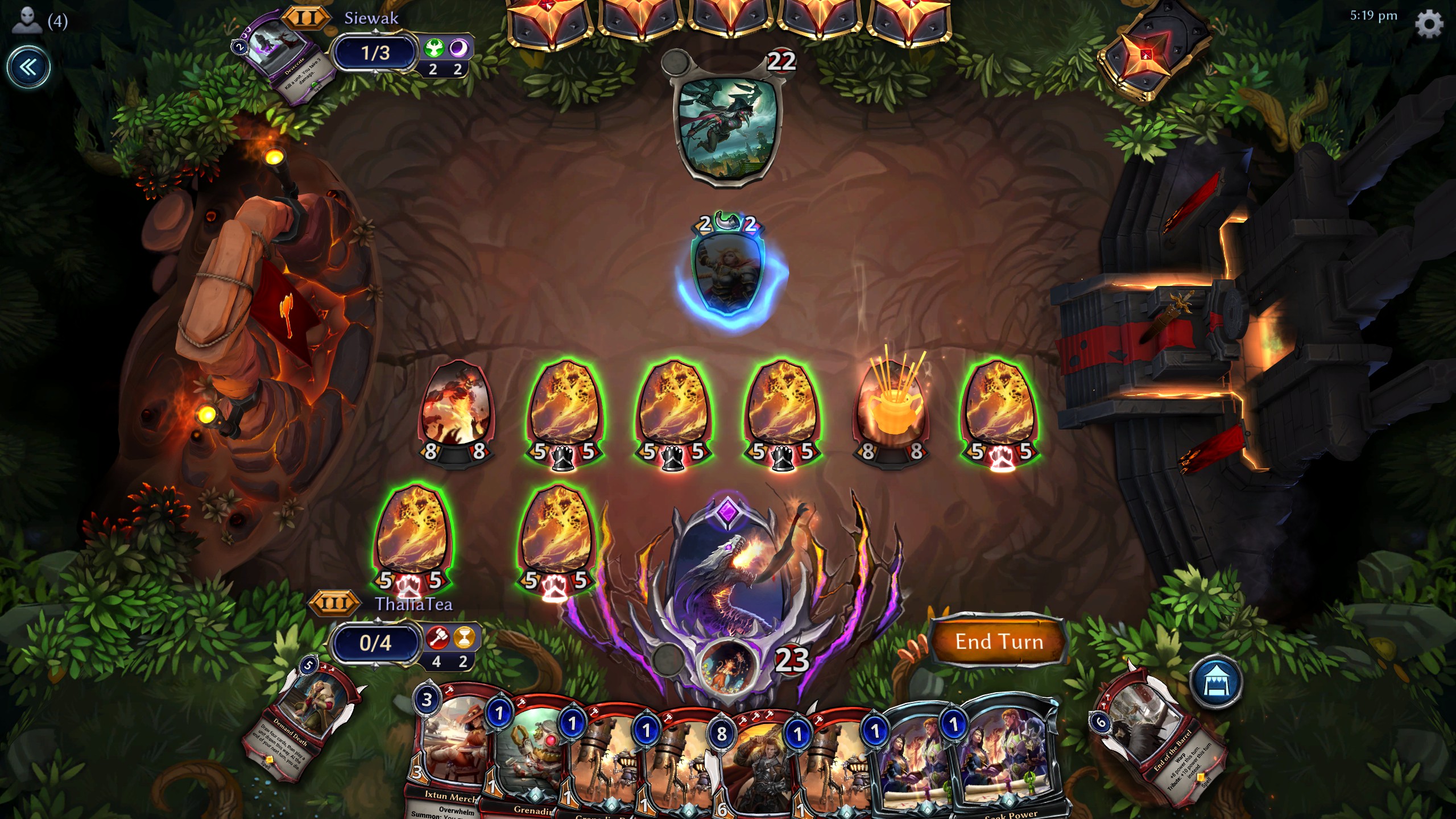 This was achieved by activating Combustion chamber, followed by End of the Barrel, then playing Demand Death twice, each of those playing a First Flame tributed 😏

Kairos, Grand Champion + First Flame on an empty board is 40 damage before attacking, or 44 with tribute

Tbh like just play the cards, except demand death. 🤷